Preserve. Protect. Educate. We are impassioned advocates working to ensure the continued beauty, integrity, safety and survival of Lake Glenville.

The FLG Board was recently notified about the passing of Don Hansen, one of our longtime members and responsible for the original work on FLG's Water Quality Program. Along with Doug Odell, Don created a program to collect water samples, conduct testing and report on the results. He and Doug along with other volunteers did this for FLG for many years and was instrumental in guiding what is our current program today. 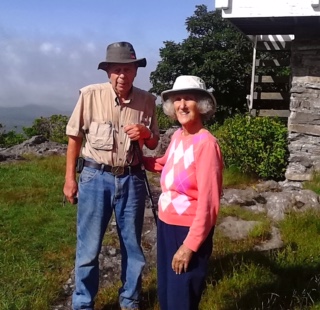 During his career, Don worked at the Atlantic Meteorology and Oceanographic Laboratory where he eventually became the Director of the Laboratory.

In 1992 as Donald was nearing retirement, he and Eva purchased a house on the shore of Lake Glenville in North Carolina in the Strawberry Hill neighborhood. It was a place to enjoy the cool air and mountain scenery during the summer.

They spent nearly the next 30 years living half the time in Florida and half in North Carolina. 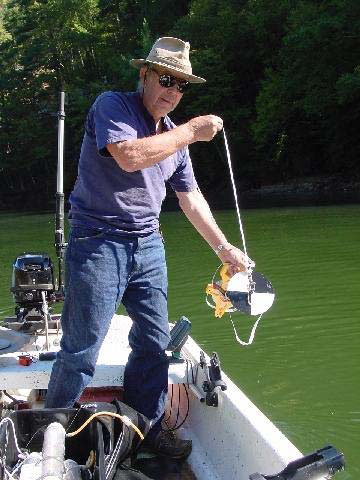 Driven by his scientific curiosity, after living on Lake Glenville for a while, he started to collect data about the lake water. This started out as water transparency measurements using a simple instrument called a Secchi disk.

Later he added temperature measurements at different levels within the lake. This study of the lake evolved with the encouragement and support of the Friends of Lake Glenville, to later include additional chemistry measurements of the lake like oxygen content and pH.

In January of 2022 one week before his 91st birthday Donald passed away in a hospital in Vero Beach Florida. He lived a full life, and will be missed by all who knew him.

For news & information from 2018 onwards, please visit our Latest News section. Historical records prior to 2018 are featured below

Water Quality Reports of Lake Glenville is currently provided on a quarterly basis courtesy of Equniox Environmental. Other reporting is conducted by FLG members and volunteers.

Get to Know FLG

What's FLG all about? Our brochure will tell you a bit about us, our mission, and the work we do to preserve and protect Lake Glenville. Download the brochure or click here to learn more.